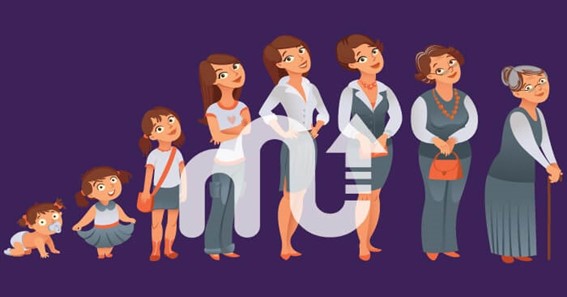 These are a group of ideas and principles that is worked in a way a social context is related to psychological development. It is common to associate Erik Erikson with this theory.

Trust vs. mistrust: This stage starts at birth and continues to around 18 months of age. Infants depend solely upon their caregivers. Therefore, if caregivers are sensitive and responsive to their infants’ needs, it helps them develop a sense of trust. You should check out our new grade calculator. Indifferent caregivers who don’t fulfill their babies’ needs might cause the infants to develop feelings of mistrust, anxiety, and fear and consider the world unpredictable.

Autonomy vs. shame and doubt: This stage happens between 11/2 and 3 years of age. If kids are allowed to grow at their own pace at this stage, they can acquire self-confidence and self-reliance. You should check out our new high school GPA calculator. However, if parents are overprotective, inconsistent, or overcritical, the kids might doubt their ability to control their world and themselves.

Initiative vs. guilt: The third stage occurs during preschool, between the ages of 3 and 5 years. Children can develop initiative via social interactions and by directing play and other activities. If their pursuits don’t succeed or are criticized, feelings of guilt and self-doubt might arise.

Industry vs. inferiority: It occurs between the ages of 5 and 12 years. At this stage, children start to compare themselves with peers. They learn to be protective and acknowledge the assessment of their efforts. In turn, they may develop a sense of pride and accomplishment in their academic work, social activities, sports, and home life. If children feel they don’t measure up, they might develop feelings of incompetence or inferiority.

Intimacy vs. isolation: This stage occurs between late adolescence and early middle age. A powerful sense of self has to be developed in adolescence to develop intimate relationships with others. Adults who don’t have a positive self-concept might experience loneliness or emotional isolation.

Generativity vs. stagnation: This stage occurs between the ages of 40 and 65. People have a positive objective of generativity during this stage. In most cases, this leads to procreation alongside the fulfillment of social and parental responsibilities, while failure leads to superficial involvement in the world.

Integrity vs. despair: The final stage occurs during old age when an individual reflects on life. A person can either form a feeling of satisfaction in life or despair over wasted time and missed opportunities.

Erikson’s theory also comes with limitations. One major downside of the theory is that the exact processes for resolving conflicts and moving from one stage to another aren’t well described. It fails to describe exactly what kinds of experiences are required at every stage for effectively resolving the conflicts and moving to the next stage.

What is a Psychosocial Crisis?

Erikson explained this as a group of crucial problems which persons must sort as they walk through every one of the eight stages of life. Each crisis comprises a choice or dilemma that carries both risks and advantages, in which one alternative or choice is generally considered healthier or more desirable.

Crises of infants and preschoolers: Infants face a crisis about trust and mistrust. They’re happiest if they can sleep, eat, and excrete according to their physiological schedules, irrespective of whether those schedules are suited to the caregiver. As young infants cannot influence or control a caregiver’s scheduling needs, they face a quandary about how much to trust or mistrust their caregivers’ helpfulness.

Once this crisis is resolved, a new one forms over autonomy and shame. The toddlers might now trust their caregivers, but the trust contributes to a desire to establish autonomy by taking care of fundamental personal needs like feeding, dressing, or toileting. However, given a kid’s lack of experience in those activities, self-care is risky at first. Then the kid’s caregiver risks overprotecting the kid and criticizing the early efforts unnecessarily, thus causing the kid to be ashamed of those efforts.

Eventually, during kids’ preschool age, the autonomy exercised during the earlier period becomes more extended, elaborate, and concentrated on things and individuals other than the kids and their fundamental physical needs. Their desires and projects develop a crisis of initiative and guilt because they realize that acting on desires or impulses can sometimes negatively affect others.

Crisis of childhood: Once into elementary school, children are faced with becoming worthy and competent in the eyes of teachers and classmates. To achieve their esteem, they must develop skills that require sustained and somewhat focused effort. The challenge generates the crisis of industry and inferiority.

Crisis of adolescence: As kids develop lasting attitudes and talents due to the crisis of industry, they start to face new questions that generate the crisis of identity and role confusion. Describing identity is riskier than it might appear because some attitudes and talents might be poorly developed, and some might even be undesirable in others’ eyes. Conflicts in resolving these crises might generate a personal misunderstanding of an individual’s talents and attitudes.

Crises of adulthood: People continue psychosocial development beyond the school years by encountering additional crises. For instance, young adults encounter a crisis of intimacy and isolation. This is about the risk of developing close relationships with some selected persons. Whether the relationships are homosexual, heterosexual, or not sexual at all, their qualities are sustainability and depth.

A person risks feeling isolated without them. Once they resolve the crisis on the side of intimacy, they encounter a crisis of generativity and stagnation. This is a characteristic of the majority of adulthood and is about contributing to or caring for society, particularly to its younger generations. Generativity involves making life creative and productive so that it matters to others. One sure-fire method for some to accomplish this feeling is raising kids, but there’re also lots of other methods to contribute to others’ welfare.

To Know Some Great Stuff Do Visit HindiSaath

To Know Some Great Stuff Do Visit HindiVeda

To Know Some Great Stuff Do Visit HowTat